you are showing "SFM Torino – First Movie" in the blog section

As anticipated in the post “And then?” the first part of the extension of the Torino-Bardonecchia route is almost completed. A long testing movie of the new extension can be found here in the Video section.

The movie starts at Chivasso Station and arrives at the Asti station, passing through the Turin area already covered in Torino-Bardonecchia.
The SFM route extension is visible in the diagram (click to enlarge), and covers approximately 85 km of railway. 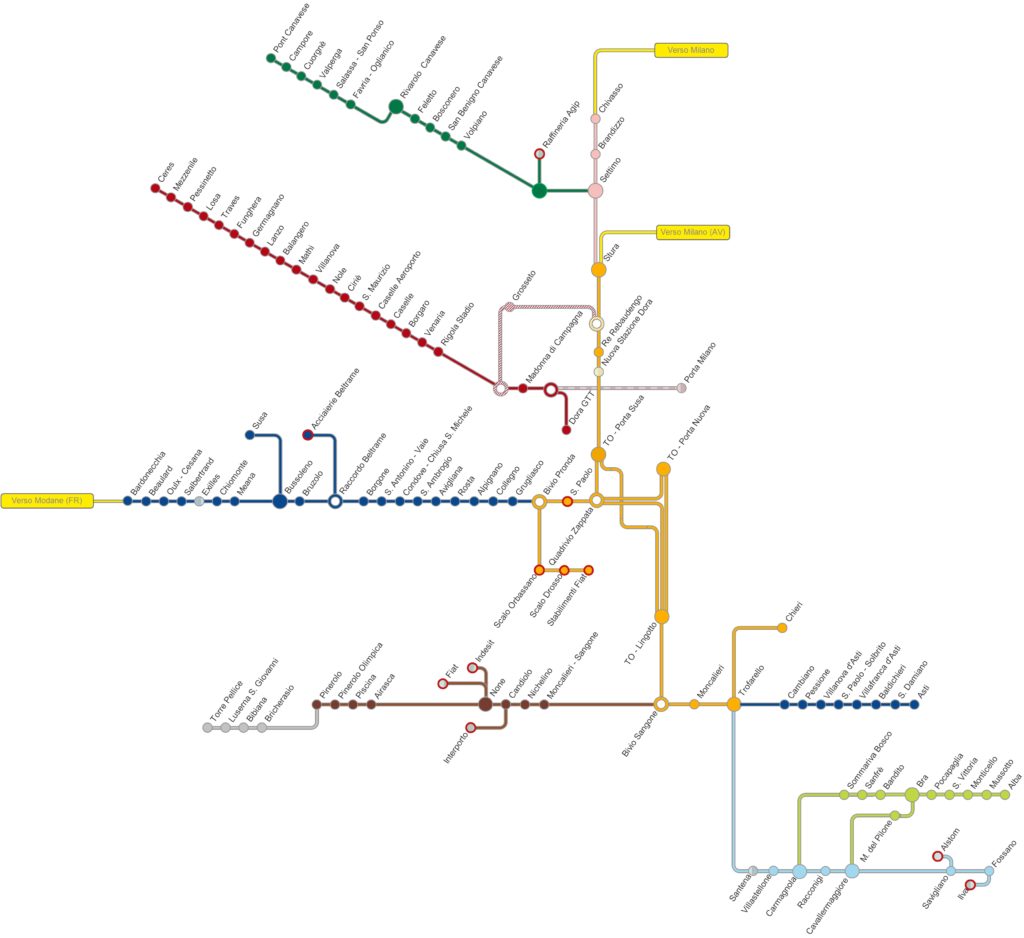 All the Metropolitan Rail Service is covered and laid at the level of binary, catenary and signals, while at the landscape level (scenery), of course other than the To-Ba, the route is covered only by the area visible in the movie (Chivasso-Asti) plus the short deviation between Trofarello and Chieri, not shown there.
For publication, however, is still too early again, because only when Turin-Bardonecchia will be set and published I will integrate all the changes made on the SFM Torino. The initial idea to change both routes simultaneously has become impractical given the heavy changes made to the Torino-Bardonecchia tracks in the last two months.

To a next post to update you on developments …